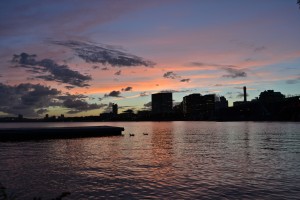 The Greater Boston real estate market saw huge advances in 2015 with a number of new luxury buildings and record selling prices. The market continues to transform as new buildings are catering to those who are flocking to the city including empty nesters and millennials said to make up most of the buying population in 2016.

Empty nesters were named as the number one demographic that will flock to the city in 2016. This generation wants to be in a walkable neighborhood surrounded by restaurants, shopping and public transportation. Convenient locations are key. Furthermore the increase in brand new developments and full service buildings throughout the city has drawn this demographic in as they downsize. These new developments include key features such as parking garages, concierge services, elevators and much more.

In addition, millennials are reshaping the housing market and are said to increasingly settle in cities throughout the United States in 2016transitioning from renting to owning. This generation will play a large role in markets across the nation includingBoston, according toRealtor.com.

This younger generation of home buyers is gravitating towards cities that have an abundance of jobs and a trendy atmosphere of their own. With the number of Universities, hospitals and job opportunities in Boston, there is no surprise that the area is to see an increase in the number of millennial home buyers in 2016.

Where will these buyers be flooding to specifically? It has been reported by the Boston Globe that of the top-10 hottest real estate markets in the countryfour of those are in Boston. Ranked on seven factors including price increases, days on market and bidding wars, these four areas are without a doubt said to see an increase in buyers this year.

Cambridges Inman Square ranked number one on that list with a $660,000 median sales price and homes going for 68 percent over the asking price. The other neighborhoods ranking highly include the Brighton-Allston area at number 3, Spring Hill in Somerville at number 6 and Cambridgeport at number 10.

These four metro areas have set themselves apart in terms of attracting and creating high-wage jobs in tech, pharma, and finance and that has heated up the local housing market, according to a local chief economist . When a short supply of homes collides with high-income homebuyers you get this hot, hyper-competitive climate.

With an influx of buyers and an increase in inventory, it is without a doubt that the housing market in the Greater Boston area will remain strong throughout 2016. It can be said that residential real estate is amidst one of its best years since the recession!