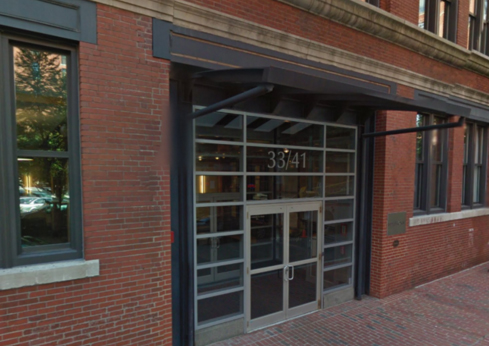 Earlier this month, General Electric Co. announced that it will be relocating their worldwide headquarters to the city of Boston by 2018. This movement will include roughly800 employees and will come in multiple phases over the next two years.

The first phase will be beginthis summer as GE has announced the location of its temporary headquarters at 33-41 Farnsworth Street in Bostons Fort Point neighborhood. Fort Point, which was formerly occupied by warehouses and manufacturing firms, has undergone major transformation over the years to that of a trendy technology destination. It has yet to be confirmed, but the Seaport District was rumored to be the final location of GEs worldwide headquarters with its temporary holding place a mere walk away.

Bullhorn, a software technology company, is the existing tenant to reside at this location. Their CEO, Art Papas, has stated that GE will be taking over the remainder of Bullhorns lease as of April of this year. Bullhorn is a fast-growing company that already secured plans to move their headquarters to Summer Street in the Financial District.

The deal over GEs lease was not a typical transaction as GE directly approached the landlord to release Bullhorn from any obligations to the office and to take it over themselves instead of pursuing a sublease with Bullhorn. The contract was finalized on Friday for the temporary location and the details of the lease include 45,000 SF for $40 per SF until September 2018 when they plan to move to their official headquarters. It has not been confirmed whether GE plans on leasing additional space in the building or how long the move-in will take, but questions regarding the move will be answered at GEs public briefing on February 18th.