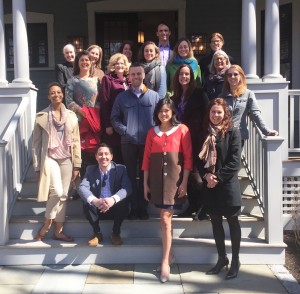 Gibson Sothebys International Realtys Cambridge office has started off the spring market with a bang, ranking number one in MLSpin for March 2016. This comes as no surprise to us. We compiled a hand-picked team of top producers who regularly dominate the market, said Larry Rideout, CEO and Co-Owner of Gibson Sothebys International Realty. As we build momentum, you will see some game changing properties coming from our Cambridge office and our entire company.

The company saw some very public early successes in the last two months. One closed listing on Dana Street saw seven offers and a final price well over the asking price of $1.048 million. Another property reached a large audience on Curbed.com for achieving a selling price that may be familiar to some. The winning bid of 271 Washington Street Unit 1, $1,103,141.59, ended in the first six digits of pi which struck many Cambridge mathematicians.

Over the last few weeks Gibson Sothebys International Realty has listed a number of homes at several different price points throughout Cambridge and the surrounding areas. Included is 44 Walker Street, a renovated home and carriage house listed for $3.898 million. 1C Blanchard Road was listed last week for $1.245 million and is situated on the Tip ONeill Golf Course, overlooking the Fresh Pond Reservation. Also listed last week for $4.25 million was 32 Bowdoin Street, a single family home, fully redesigned by FoleyFiore Architecture. After 5 days of being on the market, this home has already seen multiple offers.

In addition, the team is covering homes priced at the middle of the market with 21 Fainwood Circle #1 currently listed for $618,000 and 150 Hampshire Street #4 listed for $675,000. Currently under agreement, Hampshire Street saw nearly 50 parties come through the first open house and an accepted offer that same night.

With a number of extraordinary homes coming soon to the market including 29 Follen Street and 8 Craigie Street, Gibson Sothebys International Realtys Cambridge office is expecting to close nearly $100 million in additional sales in the first half of the year. We thought the Sothebys brand was a perfect fit for Cambridge, said Paul McGann, President and Co-Owner of Gibson Sothebys International Realty. We have a fresh approach and a tremendous global network. It is truly a higher level of service.