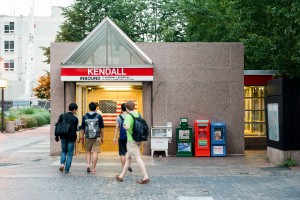 Big changes are to come for Kendall Square, one of the busiest, most innovative technology hubs in the ever-advancing Cambridge area.

Already distinguished by the unique architecture of nearby Massachusetts Institute of Technology, as well as the sleek design of many cutting-edge tech firms such as Google, Akamai Technologies, and The Cambridge Innovation Center, this little slice of stainless steel and smart cars is about to undertake a whole new venture: neighborliness.

On Tuesday, The Cambridge Planning Board approved a plan seven years in the making to revamp the area with new housing, office buildings, retailers, and a grocery store, as reported by The Boston Globe. It would replace parking lots and older buildings with 1.5 million square feet of housing, office and lab space, and new retail, along with a host of street-level goodies, from a rebuilt T station in a new plaza to new Hubway racks, the newspaper reported.

MIT is the driving force behind the massive operation, having worked at length with city officials to rezone a large chunk of its property on Main Street--the heart of Kendall Square--before presenting $1.2 billion worth of plans for six new buildings.

According to The Globe, the office market in Kendall has exploded in recent years, with rents now among the highest on the East Coast, making this endeavor both timely and advantageous. MIT plans to devote all office and lab space for private-sector tenants, rather than its own academic use, in order to continue the areas explosive, versatile growth. In a statement following the announcement of the plans approval, university president Rafael Reif credited the hard working residents of Kendall square.

Over two decades - thanks the energy, creativity and aspirations of thousands of researchers, inventors, entrepreneurs and companies of every size, Kendall Square has gradually evolved from a semi-industrial landscape to one of the most remarkable hubs of innovation in the world, Reif said in a statement. With their decision, the members of the Planning Board granted us the ability to make a good thing even better.

And even better it will be--with more than 100,000 square feet of retail, a new public plaza, and a re-built entryway to the Kendall Square Red Line station to come, the area is on track to be the new hotspot for Cambridge area living. Developers are including 290-unit apartment building and a 450-bed graduate student dorm, in order to accommodate the predicted influx of techies, shopaholics, and people who like to wake up to the smell of innovation.