The largest rough diamond in the world, named Lesedi La Rona, was discovered in Botswana almost a year ago by the Lucana Diamond Corporation. Lesedi La Rona is the largest diamond to have been unearthed in 100 years. It was likely formed over three billion years, through exposure to a combination of extremely high pressure and temperature in the Earths mantle. 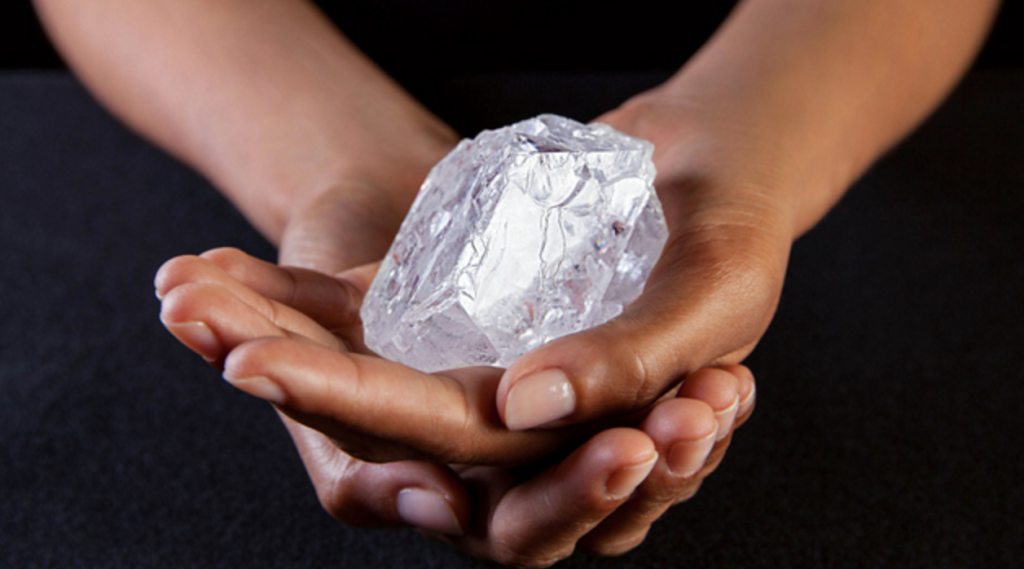 The diamonds impressive size measures around the size of a tennis ball, weighing in at 1,109 carats. The Sothebys Auction House will put the diamond up for sale at a standalone sale on June 29, 2016, in London. According to Business Insider, the diamond is predicted to be sold for more than $70 million.

Lesedi La Ronas predecessor, the Cullinan Diamond, was discovered in 1905 near Pretoria, South Africa. The Cullinan was later cut into nine polished diamonds, eight of which found themselves part of the Crown Jewels of Great Britain. Although Lesedi La Rona weighs less than the Cullinan, new cutting technology could help recognize the diamonds potential to yield the new largest cut and polished diamond.