Colleen Barry, Gibson Sotheby's International Realty's Director of Productivity,recently had the pleasure of visiting a building that has been called "The Mozart of Skyscrapers."She reported that it was a breath-taking experience. The views are captivating and the old-world craftsmanship is mind-boggling. The building's history and aesthetic simply exude romance.

The Woolworth Building has long been a fixture in Manhattan's skyline; after all, it was the city's first skyscraper. Now its upper floors are being masterfully restored and converted to condominiums. Barryasked the Listing Agent, Stan Ponte, and his team member, Christian Emanuel, to tell us more.

Q: TheWoolworth Tower has been called "the Mozart of Skyscrapers." What makes this building so special?

The Woolworth Tower is one of New York'smost beloved landmarks, and an important part of our city's identity. Dubbed the "Cathedral of Commerce" shortly after its completion, the building exhibits a beautiful harmony between European Classicism and American Achievement.

A standout in the skyline not only because of its immense height, which made it the tallest building in the world from 1913 to 1930, The Woolworth Towerresembles the graceful Gothic Cathedrals of Europe in its sophisticated facade detail, stretching all of its 792 feet. The original owner and developer, Frank W. Woolworth, hiredone of Americas original Starchitects, Cass Gilbert, and theresulting collaboration meant that near unlimited creative and financial resources would be poured into the building. Since Woolworths Five and Dime retail empire had made him one of the richest people in the country, the building was developed with the attitude that "only the sky was the limit." 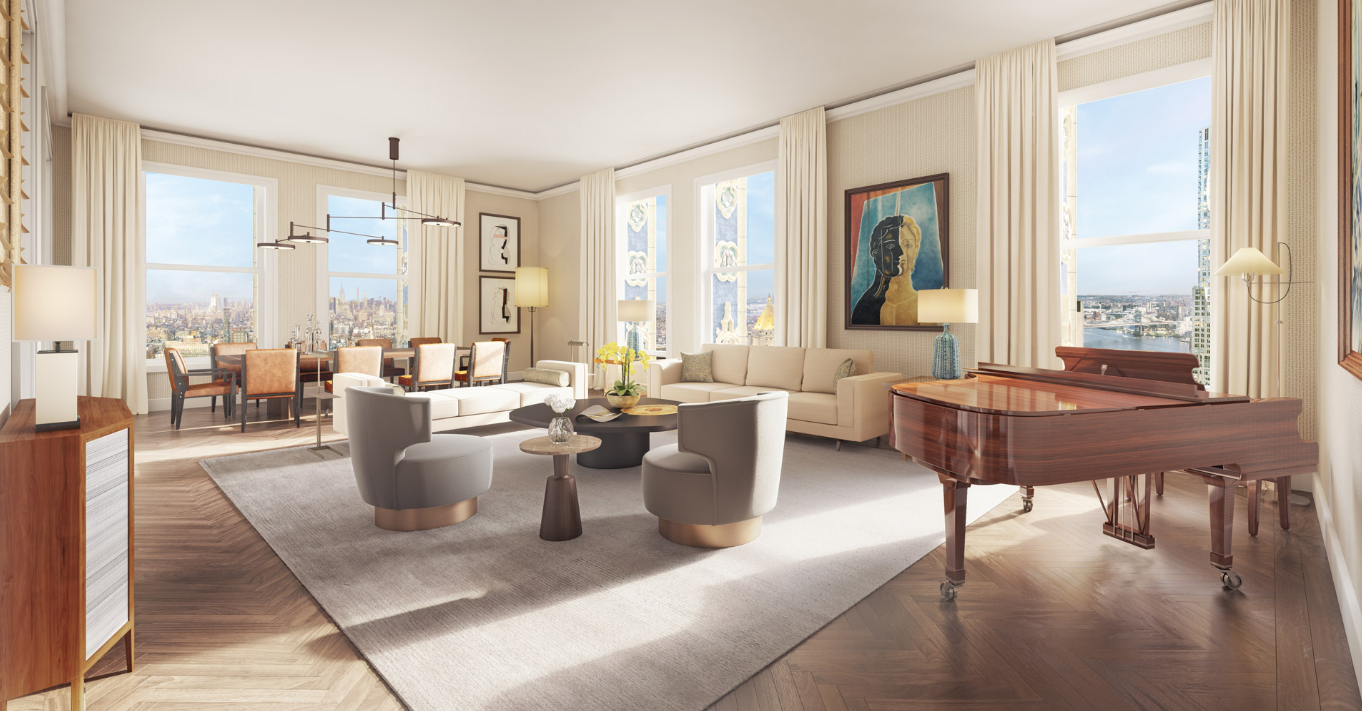 Q: Having visited the building, Iwas struck by the story of the terra cotta tiles being cast on site -- during the building's original construction and now. Can you share a little about that history?

When the building was in its initial planning phases, Frank Woolworth was hoping to build his company headquarters with a granite faade, which would have been very costly, even for the deep-pocketed retail magnate. Architect Cass Gilbert suggested limestone as a substitute, but ultimately chose architectural Terra Cotta because of its fire resistance, ability to be sculpted and cast into different shapes, and so the complex Gothic faade elements could be colored in.

A key part of the conversion has been a thorough exterior restoration of the lush terra cotta faade on the upper floors, with repairs and replacements of Terra Cotta tiles being done in the original material by the Boston Valley Terra Cotta Company, located outside ofBuffalo, NY.After making careful 3D renderings of the exterior of the building, individual Terra Cotta pieces have been removed and re-cast, so that the exterior of the building will look brand new on the day itreceives its first residents. As those new replacement Terra Cotta tiles are delivered on-site, masons will re-set each piece to its specifiedlocation, using the same materials and methods thatwereused over a century ago. Its a remarkable process to watch, and the results are extremely rewarding. 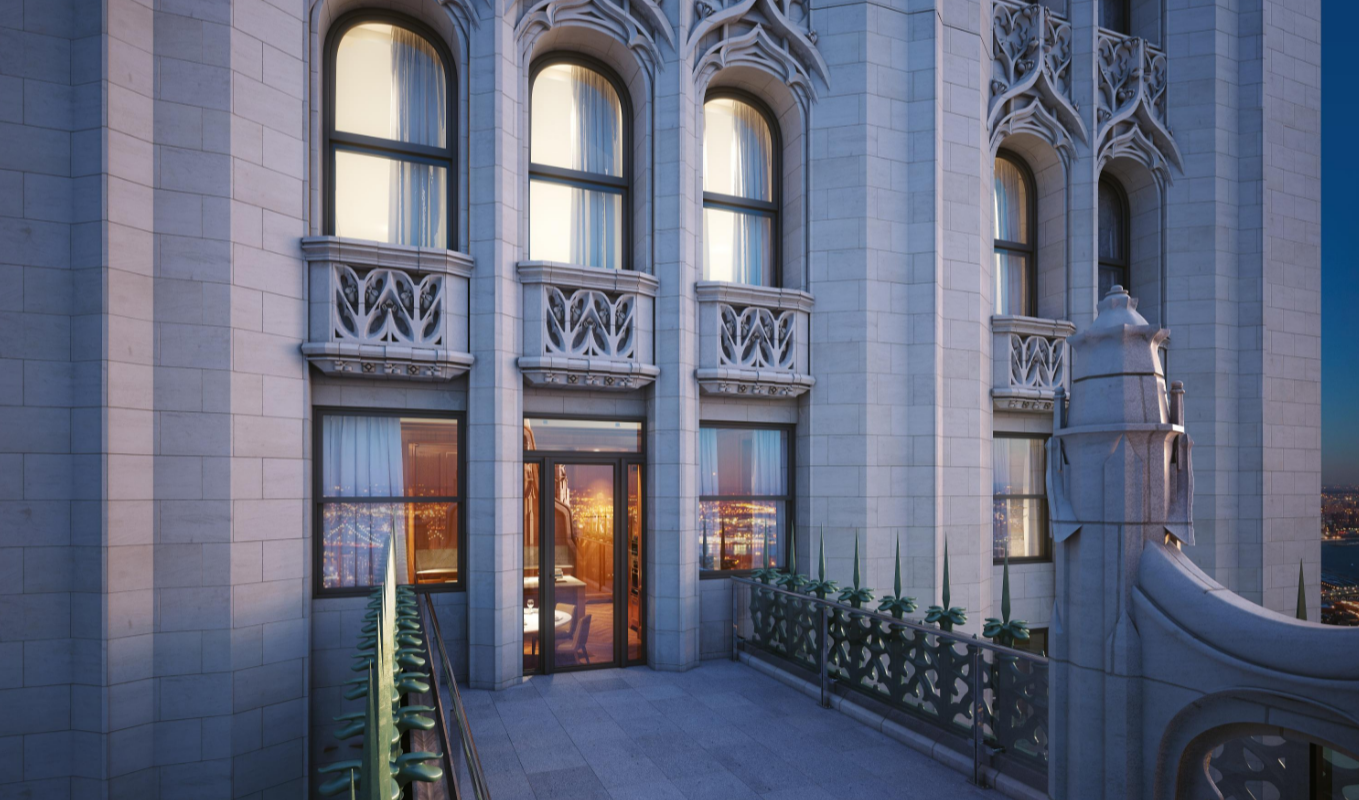 Q: Another thing Ifound remarkable, was the amount of operable windows per floor plan. Can you talk about the resulting light and views?

The fenestration is a result of Frank Woolworths desire to generate a reasonable return on his investment in the building; more windows gave new office tenants the ability to customize floor plans for different uses, minimizing the amount of interior columns and maximizingthe views. Over a century later, The Woolworth Tower Residencesare the beneficiaries of that innovation, and in a strikingly similar manner.

Because the developer purchased only the top thirty floors of the building to create the Woolworth Tower Residences, there are never more than two homes per floor, and on some floors, buyers can purchase an entire floor, complete with 28 windows and all four exposures. With many new skyscrapers in New York employing glass curtain walls and sweeping floor to ceiling windows, buyers are finding that The Woolworth Tower Residences offer a refreshing romanticism, with the well-proportioned windows surrounded by polychromatic terra cotta framing the city sights. Views from each apartment are mesmerizing, with New Yorks skyline, bridges, and rivers on permanent display. Not to mention there wall space for important art collections! 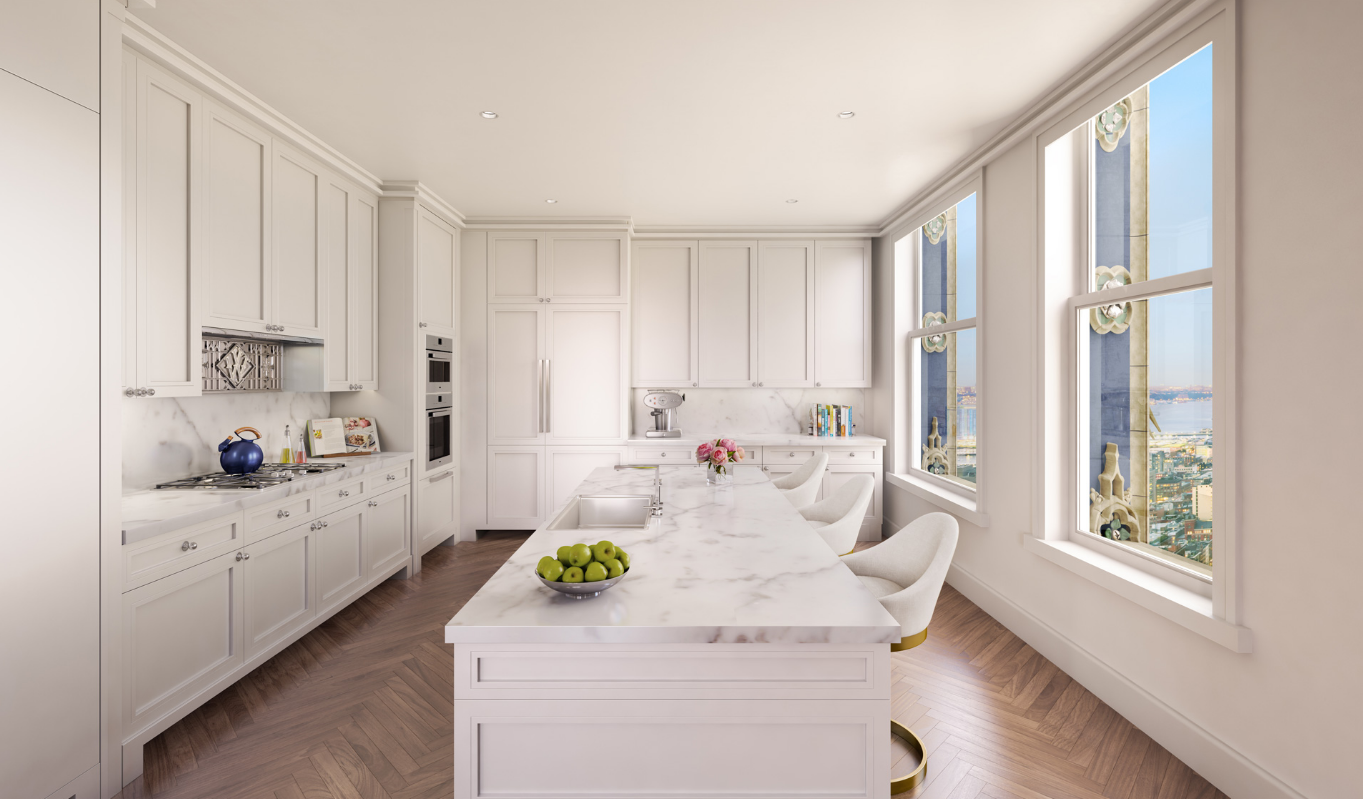 Q: What are the trends you are seeing among buyers of high end developments in NYC? What features do they value and what amenities are in demand?

New York City is truly the city that never sleeps and that applies to the recent boom in new construction and in particular high end development buildings. Not only has our city seen the rise of the tallest residential building in the world at432 Park Avenue, but entire new neighborhoods are being created. In fact, The Hudson Yards is the largest construction project of its kind with 16 skyscrapers containing more than 12,700,000 square feet of residential commercial and retail space.

The rebuilding of the World Trade Center complex is reaching a crescendo and there is nothing short of a renaissance going on in what is being called the New Downtown. And of course the Grand Dame herself, The Woolworth Tower, is undergoing a transformation resulting in her top 30 floors being reimagined by the globally recognized architect and designer Thierry W Despont. The project being led by developer, Alchemy Properties, is one of the most anticipated conversions in recent memory offering its new residents the opportunity to live in one of the most beloved and iconic buildings in the world.