GREATER BOSTON HOUSING MARKET'S REPORT FOR DECEMBER IS IN! 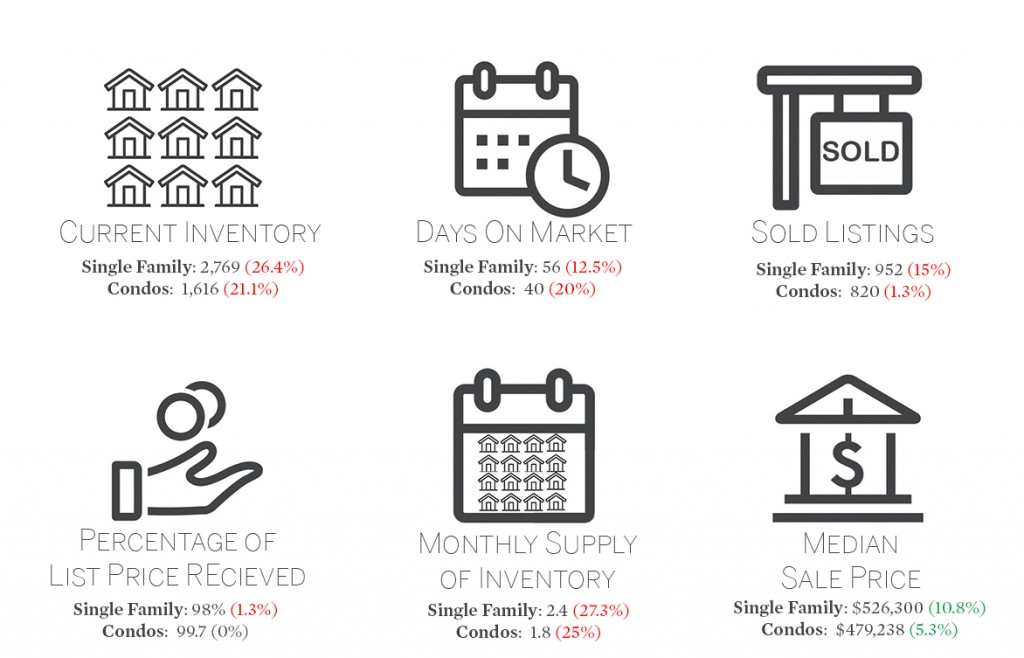 Inventory shortages and record-high prices slowed overall sales in the single-family and condominium housing markets throughout Greater Boston in October according to data from the Greater Boston Association of REALTORS (GBAR). Sales of single-family detached homes declined on an annual basis in October as 952 units were sold compared to 1,120 units sold last year. This is a 15 percent drop in sales, yet it remains slightly above the historical average of 941 units sold for the month of October, and is the seventh highest total on record for the month. Likewise, the condo market experienced a decrease of its own, falling a modest 1.3 percent in total sales from 831 units sold in October 2015 to 820 last month. This is the fourth-highest sales total on record for October and is above the 740 average historical sales total for the month of October.

As anticipated, the housing market cooled down significantly in October, and we believe that sales would have been stronger if there were more homes available, however we are experiencing a continued deficiency in inventory, said GBAR President Andrew Sarno, Broker Associate with RE/MAX Andrew Realty Services in Medford. We have noticed that certain populations, such as first-time buyers, have been impacted the most by the steady prices gains, however potential buyers remain motivated to enter the housing market amid the trepidation of further price increases.

Indeed, we saw record-high median sales prices in both markets for the month of October. In the singlefamily detached market, median price rose 10.8 percent to $526,300 up from $475,000 in October of 2015. Similarly, the condo market median sales price rose to $479,238 last month, which was a 5.3 percent increase from the $455,000 median sales price last October. Greater Boston Housing Report- add one The limited amount of homes for sales is making for a very competitive market. We are experiencing a lot of multiple offer situations and bidding wars which are putting upward pressure on prices, added Sarno.

The healthy local economy and job market are also helping to support substantial growth in home values were seeing. Inventory of homes for sale continues to be a hindrance on the housing market in Greater Boston, as both markets experienced a significant drop in this area. Supply of single-family detached homes dropped 26.4 percent to 2,769 homes on market last month, down from 3,762 last October.

Condo inventory also fell to 1,616 which is a 21.1 percent decline from the 2,050 condos on market in October 2015. Additionally, the single-family housing market experienced a slight decrease in pending sales, falling 4.7 percent from 1,258 in October 2015 to 1,199 last month, while pending condo sales remained even at 954.