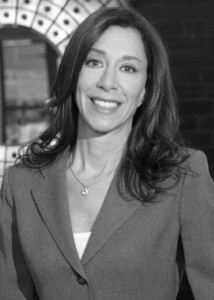 Though Toni is regarded as one of the real estate industrys best, she started off on a much different path. Beginning her college career at age 17 ona pre-medicine track at Suffolk University, Toni originally planned on working in the medical field.

However, the light bulb moment came when picking up a friend from real estate school. It was then that Toni realized she belonged in the fast-paced world of real estate. She enrolled in a program the next day and received her license to practice real estate on her 18th birthday.

Shes been practicing real estate ever since.

Toni attributes her incredible success to sheer instinct, will power, and energy. She started her own company: Landmark Realty at just 21 years old, riding the rocky conditions of the real estate market through Black Monday and beyond. At a time when you couldnt give a piece of property away, Toni was holding tight to her business, coming out successful on the other side.

After 31 years of building her individual brand, Toni merged her company with a friends to create Elite Boston Landmark Realty.

After many years of successfully running the business, and the passing of her close friend and business partner, Toni sought a change. She yearned for the collaborative team dynamic and network of other like-minded realtors. Gibson Sothebys International Realty stood out.

Toni joined the Gibson Sothebys International Realty team duringthe year that Boston accumulated 100-plus inches of snow, a memorable winter to say the least, and has enjoyed the welcoming environment ever since.

As for her time on the big screen, Toni says it was so much fun. She starred in season 19, episode 11 of House Hunters: Wanted: Move-In-Ready Condo. In this episode, Michael Kalil, the event planner at The Greatest Bar in the North End, found a move-in ready condo in the area with the help of Tonis unique expertise.

As for any future television appearances, Toni says its not out of the question. Though her clients in Boston will always come first.For more information on Toni, check out her agent profile here.