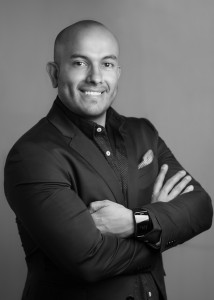 Robert Saenz is a seasoned, trilingual real estate consultant at Gibson Sothebys International Realty. He serves clients on a personal level in English, Spanish, and Portuguese, providing a level of care and attention unmatched by others. Learn more about Robert in our featured agent piece here.

Before Roberts professional career began, he served for two years as a missionary for his church in Santa Rosa, California. This experience instilled in Robert the qualities of honesty and compassion, which he brings now to his work in real estate. Immediately after his service for the church, he set off on a new path. Robert began the process of earning a real estate license and did so in 2002, and was soon on his way to a successful, long career.

Robert first joined a real estate office in Malden, Massachusetts, which was recommended to him by a close friend who worked in the industry. Unsurprisingly, success came quickly.

Within just a few years of being licensed, Robert was experiencing the achievement of a seasoned real estate professional. However, he didnt let it get to his head.

The timing was perfect, since it was right at the beginningof the real estate boom of the early 2000's. It was an exciting time to learn about real estate, andwithin four monthsI had my first closing and paycheck, he recalls.

When asked how he made it happen, Robert thinks back to the long days and late nights he spent in the office. I attribute my early success to getting in at8 amand leaving at8pmfor the first 3 months, he says, remembering the ways in which he went above and beyond to serve his clients and put quality service ahead of all else.

I did everything I could to follow up with as many people as possible I would cold call, and even knock on doors as well.

In addition, Robert acknowledges two great mentors that influenced him greatly early on in his career. His greatest gift, however, is his gift of language. Being able to fluently speak three languages has offered Robert the opportunity to help families through otherwise daunting tasks, such as completing legal paperwork and fulfilling complicated transactions.

One particular client stands out in Roberts mind: a family of three buying their first home on Chelsea Street in East Boston. They spoke very little English, he recalls, with my help, they felt secure and confident that they knew and understood the whole process. As a Spanish-speaking family, the task of signing off on a foreign document drew nerves understandably so, as its a daunting event even in ones native language. With Robert as a trusted guide, the family could understand the paperwork, making the process a breeze.

In his free time, Robert enjoys reading and listening to podcasts, along with taking the occasional walk or run down the beach perhaps in some Patriots gear, his natural favorite team. Robert also is an advocate for the Wounded Warrior Project and the American Cancer Society, supporting the two worthy organizations when he can.

As for advice, Robert has this to say: Selling Real Estateis a very intimate and meaningful experience that I get to enjoy with my clients It's where they will live out their lives. It's a massive responsibilityto guide and council peopleas to where they should invest their hard earned savings and where they will call home.

To learn more about Robert, visit his agent profile here.