An exclusive look into the Isabella Stewart Gardner's Artist in Residence program, and what it can teach us about the conservation and evolution of art.

An Article from our in-house magazine, The Collection, Fall 2017(p.18) 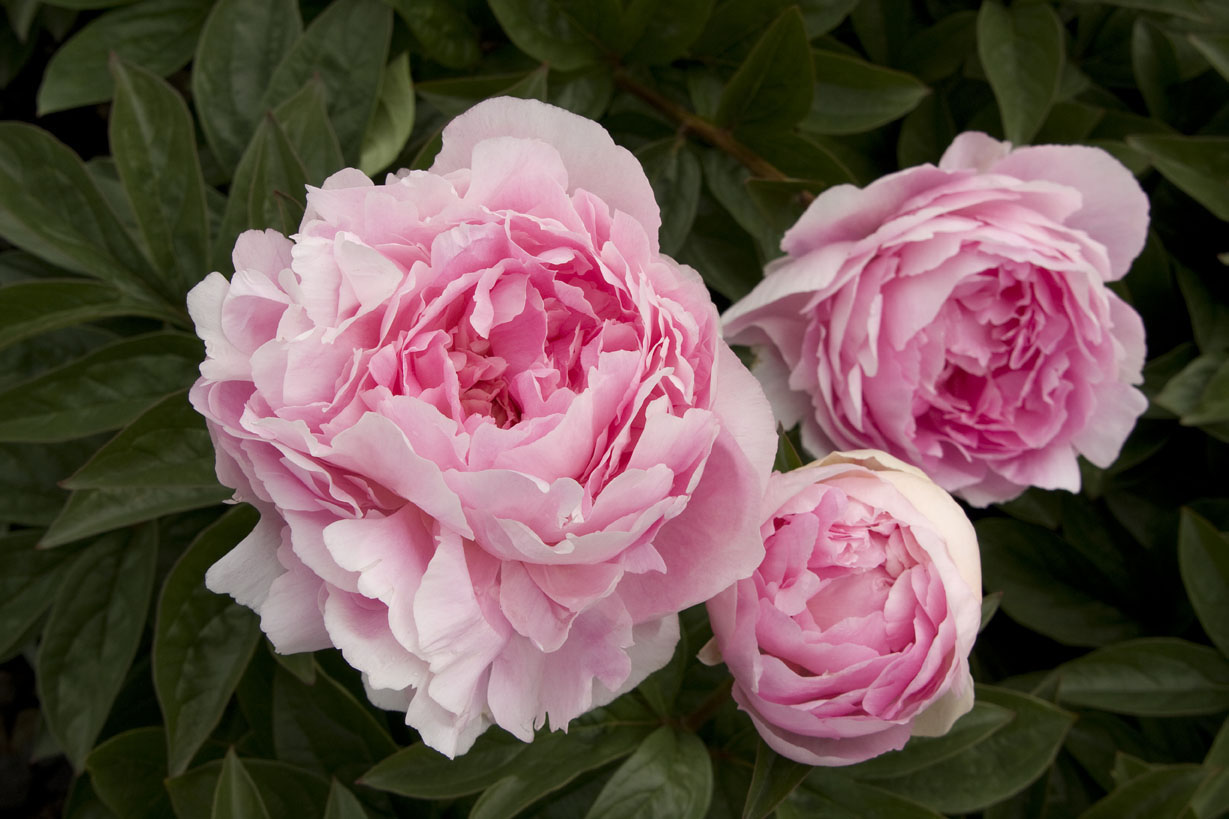 It is morning, and her eyes open to see the sun warming the tapestries hung in her room. She doesnt rise from her bed but rather watches the light slowly illuminate each one of the treasures she has amassed paintings, sculptures, altar pieces, and furniture. One by one, each illuminated piece recalls a story of its past; some were bestowed as gifts to far away dignitaries, and some were commissioned for churches or castles.

And, yet, some of the paintings are new; commissioned by her and created by the illuminating lights of her generation: artists. One of whom, John Singer Sargent, is surely still sleeping in the apartment downstairs. She has invited him to spend time within the walls of this new building; a building built at her behest; a building inspired by the Palazzo Barbaro in Venice. As she rises, she remembers the sun illuminating the Italianate architecture in a creeping blush of morning light.

Isabella Stewart Gardner likely didnt know it, but she had begun a program that would inspire generations of artists for decades after her death. Sargent would be the first artist in residence, decades before the program was formalized. Gardner gave visual artists, writers and dancers the gift of time, as one keeper of her mission would say. 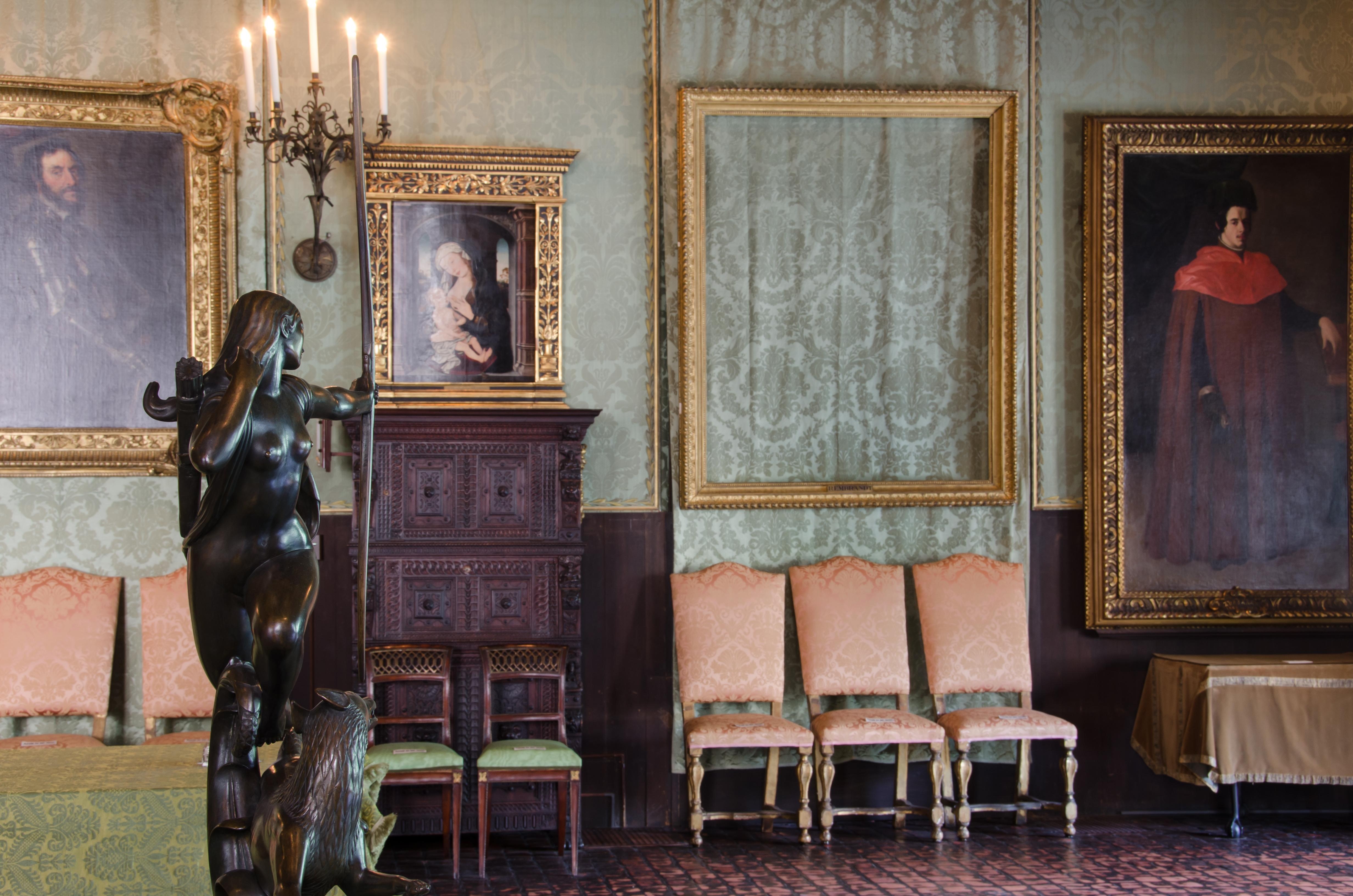 The Isabella Stewart Gardner Museums Artist in Residence program was, in a way, born out of tragedy. During one night in 1990, 13 of the Museums most treasured works were stolen in what has become the worlds most infamous art heist. In the aftermath, a French conceptual artist by the name of Sophie Calle felt the need to create a visual remembrance of what was lost. Calle was granted intimate access to the museum where she took photographs and interviewed curators, conservators, guards, and visitors. One of the more compelling images she created, Last Seen, captures a visitor gazing upon the empty frame that once contained a Rembrandt. This series would eventually be exhibited in museums and galleries around the world and inspired the Museums director to ignite a movement.

The Museums collection is fixed, as was stipulated in Gardners will: nothing is to be removed from or added to it. This presents its own challenge: how do you keep a fixed collection fresh and relevant? In 1992, the Museums director, Anne Hawley, created the Artist in Residence program as a call to artists to help reinvigorate theMuseum. Since its inception, three directors have shepherded the program and 94 artists have participated. I spoke to Pieranna Cavalchini, who has run the program since 2001.

The program is custom-made and its never a one-shot deal. Artists come back again and again, said Cavalchini. Each artist enters this labyrinth and finds his or her own thread within it. Some works happen immediately and some take time. The program also provides artists with access to other great minds of Greater Boston. Some have asked to be introduced to scientists studying at MIT. What Cavalchini described sounds like a brilliant collaboration between the artist and theGardner Museum. 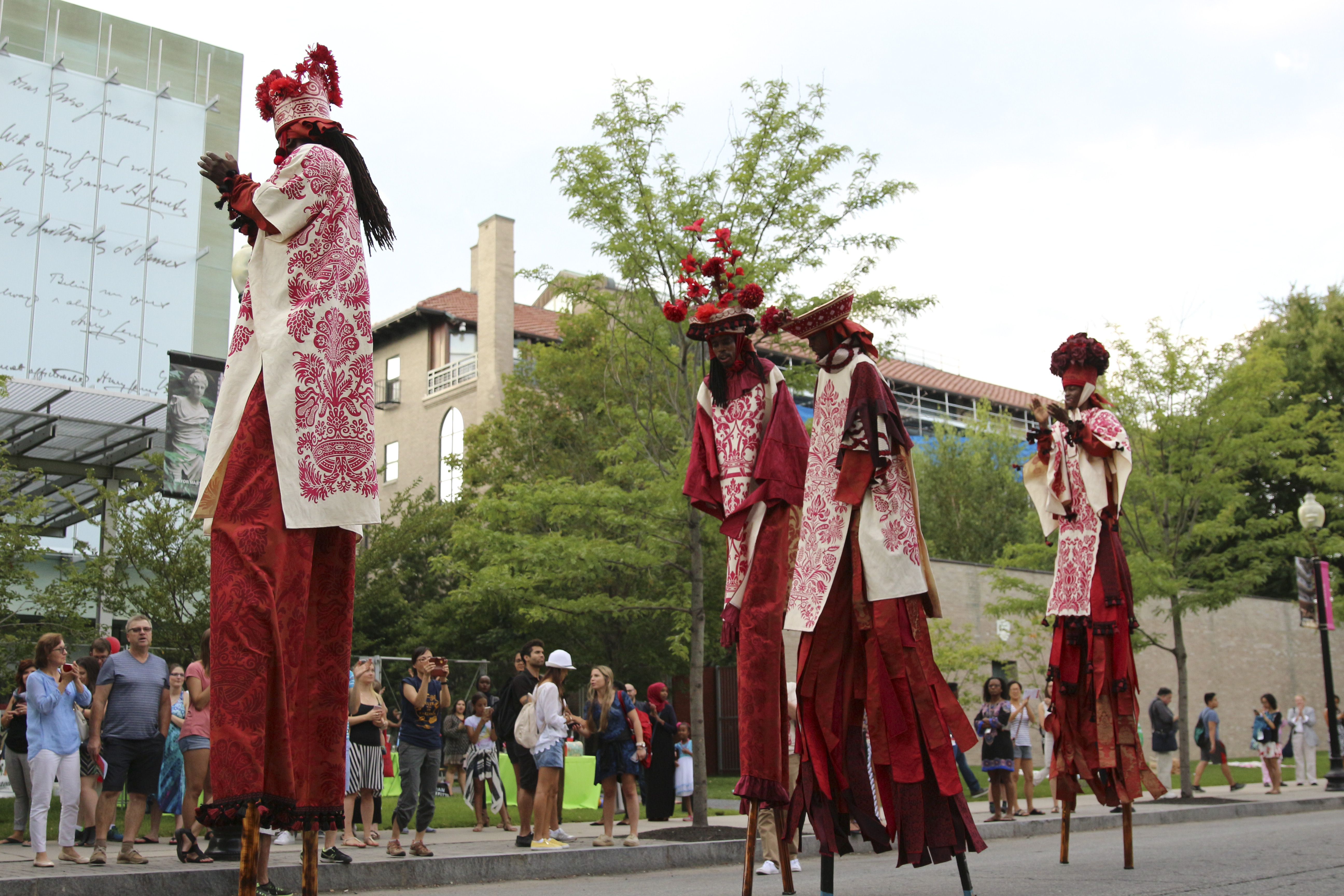 One example is Jean-Michel Othoniel. He described his lifelong journaling about flowers, their histories and meanings, in his 2015 book, The Secret Language of Flowers: Notes on the hidden meanings of flowers in art, published by the Isabella Stewart Gardner Museum:

Since my adolescence, I have amassed a stock of notes on the history of plants and photographed the flowers and trees that I have loved. The flowers listed there are fragile and simple. Humanity has seen in them the illustrations of popular stories; they are our primary images.

In 2012, Othoniel was invited by Cavalchini to explore the garden and collection at the Museum. The garden and flowers are recurrent motifs in the Museums collections: tapestries, ironware, laces, architectural elements, furniture, paintings almost everything contains references to plants, he said. He stayed in one of the two apartments built on the museums premises in 2012. He traced flowers in the collection. In addition to his book, Othoniel created a sculpture of a peony called Knot of Shame, which hung in one of the Museums lower galleries. Coincidentally, the galleries are the rooms where Sargent and others once slept.

The meaning of peonies has changed over time, though the flower itself has remained the same. During the Middle Ages, it was attributed with healing virtues that were particularly powerful, notably to treat mental sickness and to counter misfortune cast by magic. Since the 19th century, it has also been a symbol of shame, wrote Othoniel in his book. Printed next to the entry is a detail from The Virgin and Child in a Rose Arbor by Martin Schongauer. That painting hangs in the Museums Dutch Room. collaboration between the artist and theGardner Museum. 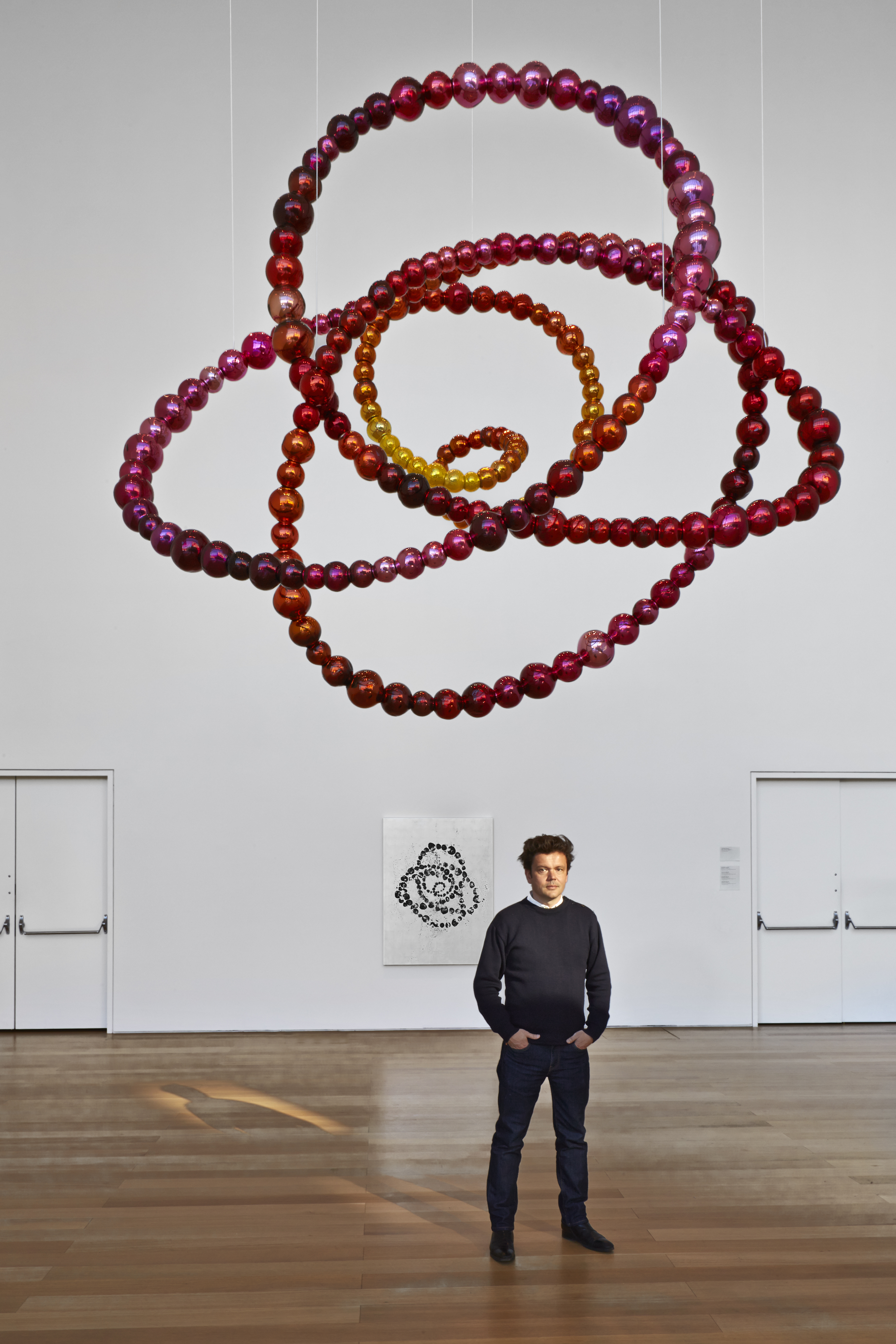 In 2012, the Museum christened a new wing. In perfect contrast with the original Italianate design, Renzo Pianos addition was made of steel and glass. This inspired Artist Luisa Lambri to explore the letters between Gardner and her architect, Willard T. Sears, and then photograph the spaces within the Museum. Lambri, herself, is a minimalist, noted Cavalchini. The Museums adornment took her out of her element. Lambri published a book of the photographs in conjunction with the opening of the new wing. In it she published extended excerpts of the letters between Gardner and the architect.

There is something exciting about a minimalist interpreting an Italianate building. It was clearly a modern take on a historic structure. The photos are playful, graphic explorations of ornate surfaces. She interprets them as light and shadow; flat and curved shapes. It makes one think that both Gardner and Sears would approve.

In many ways, the building itself is a work of art yet, another commissioned by Gardner. She worked closely with Sears in 1899 to create an inside-out version of the Palazzo Barbaro in Venice, where she had stayed. The facade that faces the canal in Venice is replicted as the interior facade of the Gardner, surrounding the courtyard.

As I spoke with Cavalchini, I ased a terribly naive question: What drew Mrs. Gardner to the arts? Why spend so much time, money and effort in support of artists? I mean, as far as I can see, she wasnt an artist in her own right. Oh, I disagree! she said. Look at the collection, the building, the works she commissioned; I think of her as a film director. And, with that simple statement, I imagined the movement of the light, and the cinematic elements of the building. I imagined the works curated by Gardner and the works she commissioned. Her lifes work was art. That small shift in my perception changed my view of Mrs. Gardner from benefactor to creator. In my mind, her Museum became a dream realized. 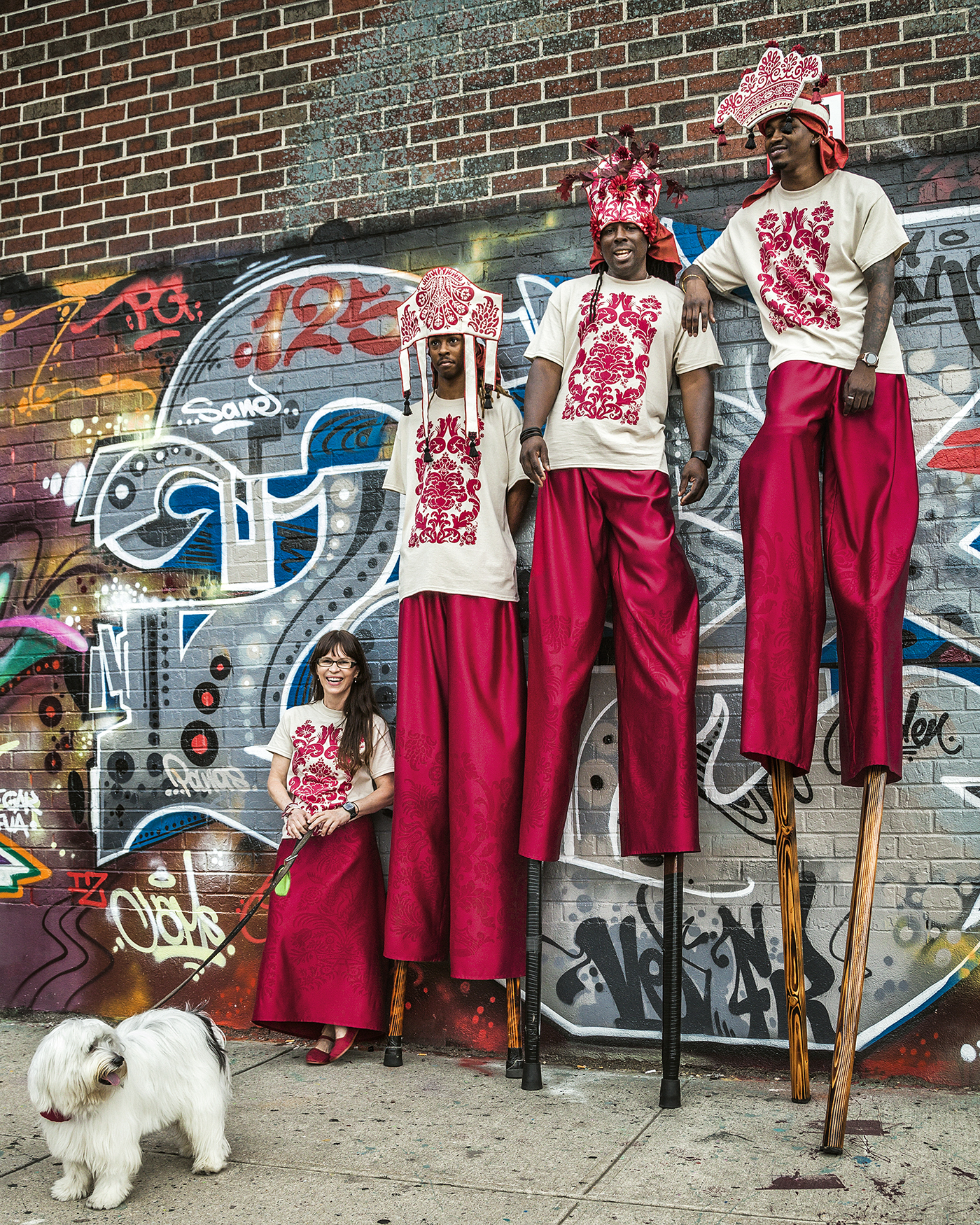 As one might expect, the collection is in a perpetual state of conservation. Many of the items within it are centuries old. Cavalchini remarked that the conservators are maintaining a dream. In at least one case, it was the conservation that sparked the inspiration of an artist. Mexican-born Laura Anderson Barbata was the Artist in Residence as the conservators were rebuilding 300-year old textiles for the walls of the Rafael Room. After researching the conservators processes and delving into the damask patterns, she created a piece called Intervention Rafael Red. Her costumes were a blend of the centuries-old design at the Gardner and elements of Mexican patterns. They were worn by stilt-walkers for an outdoor festival hosted by the Gardner in August.

It is wonderful to see the Museums program stretching beyond the confines of its walls. By bringing stilt-walkers into the streets, they are inviting visitors to come inside. In a way, Anderson Barbatas piece is an analogy for the Artist in Residence program: it gives the Museum legs. Artists are invited to create a new interpretation of the fixed collection. That interpretation travels the world, as does the artist. And new visitors discover the Gardner Museum through the new work. Like the stilts, these artists take big leaps from Gardners original collection but not beyond her dream. I believe this was very much part of it.

The Artist in Residence program allows the interpretation of the collection to change over time, while the collection remains untouched. Like Othoniels peonies, the meaning changes while the flower remains the same. And both are blooming beautifully. 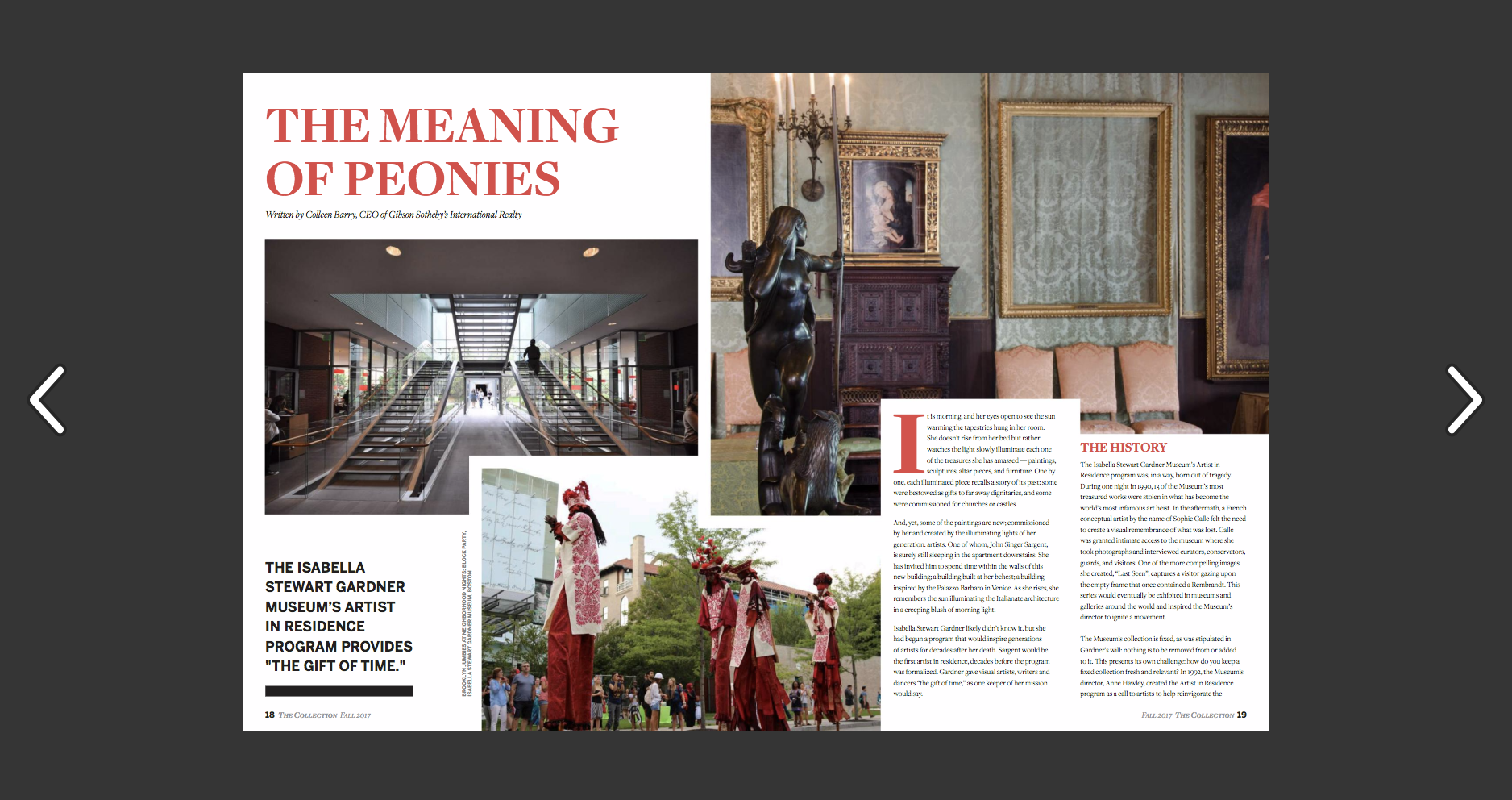 CLICK to read this article of the Fall 2017 Collections Magazine, via publication layout.