Jewelry that once belonged to the notoriously lavishMarie Antoinette, the last queen of France before the French Revolution, has madeauction history 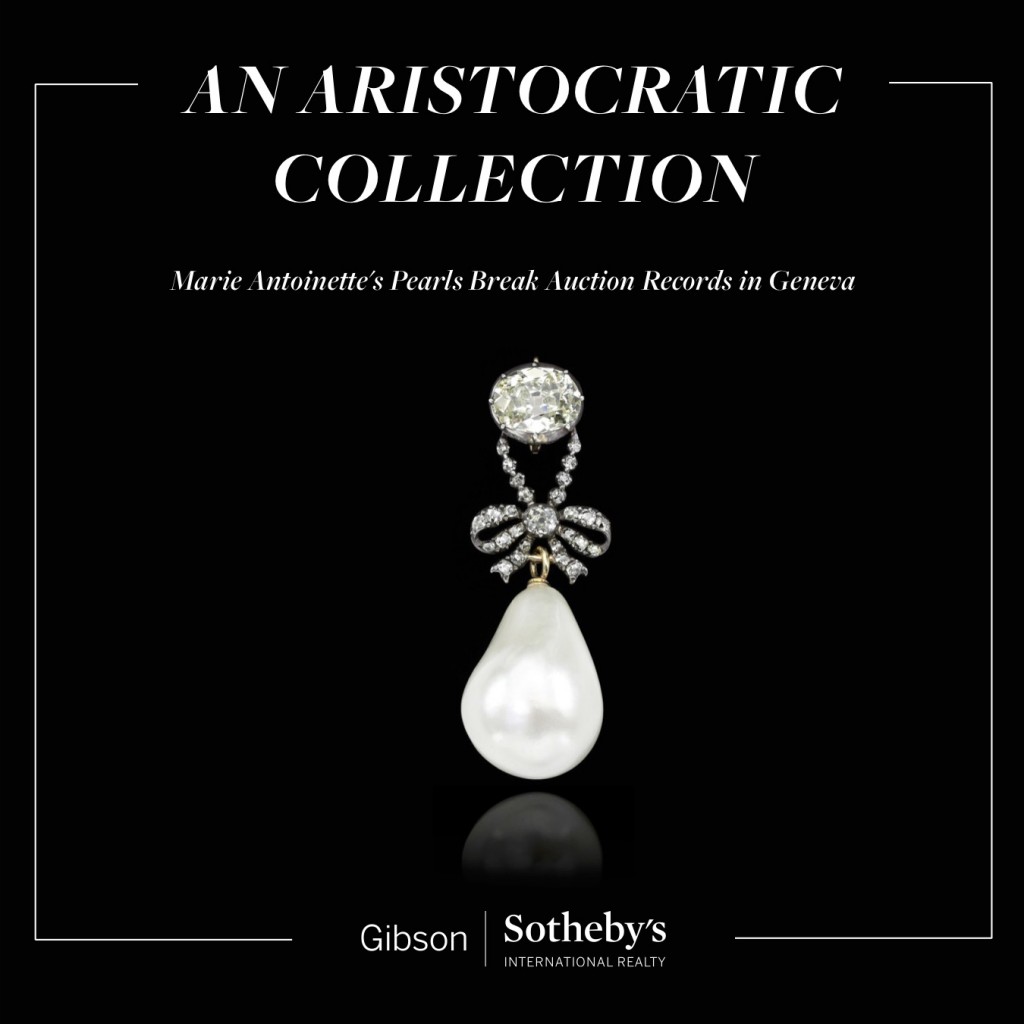 Held in private European collections for more than two-hundred years, ten royal jewels that belonged to the Marie Antoinette, as well as numerous baubles from her descendants, have fetched record prices at Sotheby's.

Before her demise in 1793, Marie Antoinette had the foresight to send many of her precious jewels back to her family under cover of night, as she prepared to escape from the armed revolutionaries surrounding the besieged Palace of the Tuileries. The carefully concealed jewels were transported from Paris to Brussels to Vienna, into the safekeeping of Marie Antoinettes nephew, the Austrian Emperor. Sothebys auctioned offan unprecedented number of jewels with royal provenance, ten of which can be traced back to Marie Antoinette herself. The treasures had not been seen publicly in nearly two-and-a-half centuries.

The star lot of the auction, Marie Antoinette's diamond and pearl pendant, sold for an incredible $36M (28M) after initiating a fierce bidding war of collectors keen on owning a piece of history. Valued at approximately $2M, it easily beat out the previous record for a pearl sold at auctiona necklace belonging to the late Elizabeth Taylor, which sold for $11.8 million in 2011. Other distinctive pieces that found new owners included a sapphire, ruby, and diamond brooch and a monogram diamond ring bearing a lock of the iconic queens hair.

The collection, Royal Jewels From the Bourbon-Parma Family, featured jewelry spanning centuries of European history, from the 18thcentury reign of Louis XVI to the fall of the Austro-Hungarian Empire a century ago. The Bourbon-Parma family was one of Europes most distinguished dynasties, producing kings of France and Spain, emperors of Austria, and, of course, the line of the Dukes of Parma. The entire collection sold for over 53M.

The Marie Antoinette provenance is probably second to none. Its a record for a sale of royal jewels, David Bennett, Chairman of Sothebys International Jewelry Division who conducted the Geneva, Switzerland auction on the 14 of November, told reporters.

I cant imagine more important pieces coming to auction unless something from Queen Elizabeth I became available, and thats not going to happen, added Frank Everett, Sales Director of Sothebys Luxury and Lifestyle Division. I dont know what will ever match it again. I might have to retire.

To learn more about the record-smashing collection, visit the Sothebys website here.