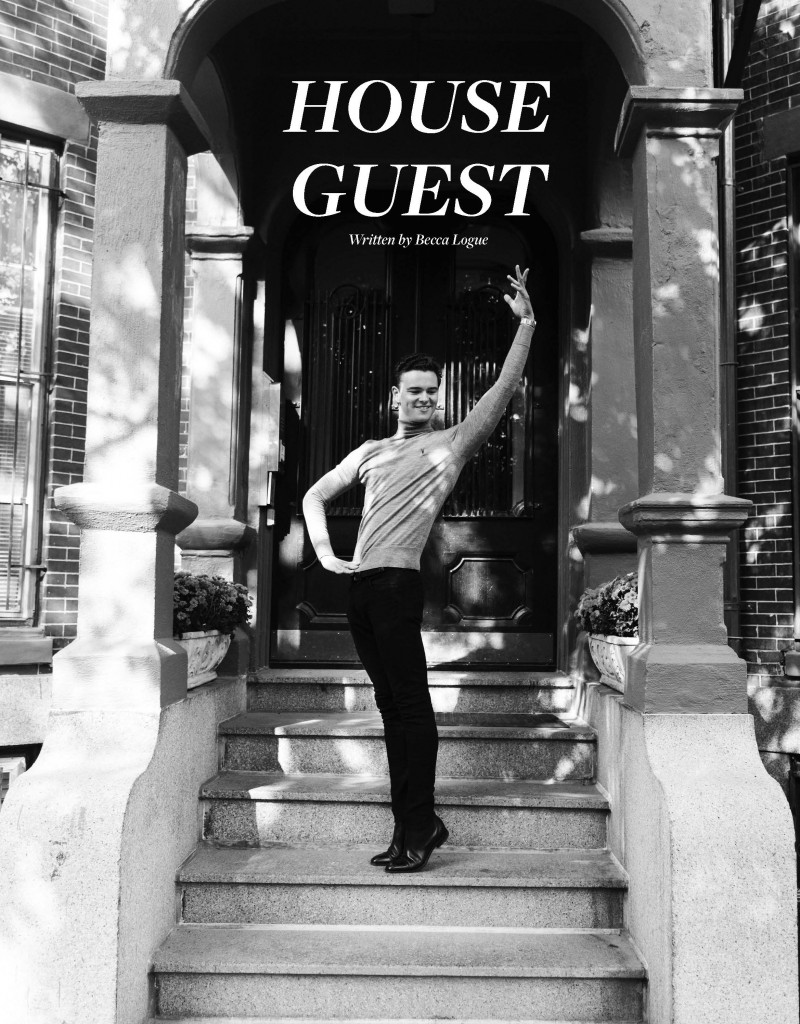 From the street to the studio to the stage, Drew Nelson is a marvel of calm, resolute strength.

It's tough to imagine a physical endeavor more difficult than ballet (ask any professional football player pushed to use classical dance to improve on the field!) Perhaps that's why it's such an appealing art to watch for so many peopleyou know theres no way to achieve that level of elegance without exceptional discipline, intensive training, and physics-defying strength.

That's what makes Drew Nelson so special. At the promising age of twenty-three, he is one of the world-renowned Boston Ballets dancers, having been promoted last year to a second soloist. He is, essentially, the perfect dancera strong, lithe body articulated by beautifully arched feet and an ability to rise above the challenging technique to feeland projectgenuine joy. Nelsons rise was meteoric, not that you'd ever know it from talking to him. His warmth and humility are at complete odds with his skill.

For me, it is not about the rank, its about growing as an artist. It pushes me to new limits.

Today, Nelson is never not busy. His training schedule makes it abundantly clear that dancers especially those of his caliberwork at Olympic levels on their craft. Beyond being in awe of his days of workouts, classes, rehearsals and performances, we are inspired by his deviation from a one track-minded twenty-something, to a wellness-seeking and mindful young artist and athlete.

Each day, I wake up, enjoy a big breakfast and engage in approximately forty minutes of prehabilitation exercises and warm-ups, recounts Nelson. We have class at 9:45, so I ride my bike over to the studio. I typically have three hours of rehearsal time, an hour break for lunch, and then another three hours. So depending on the show, I may have six hours of rehearsal each day. If were in the peak of a performance and rehearsing in the theater on stage, we arrive a bit later, around 11:45 a.m. After breaking for dinner, we turn into night owls, rehearsing until around 10:30 p.m. Performances typically begin at 7:30 p.m., while matinees kick off at 1:30 p.m.

This translates into five or six weekly performances. Dancing in The Nutcracker requires an even deeper commitment, with performances totaling between six and eight each week. 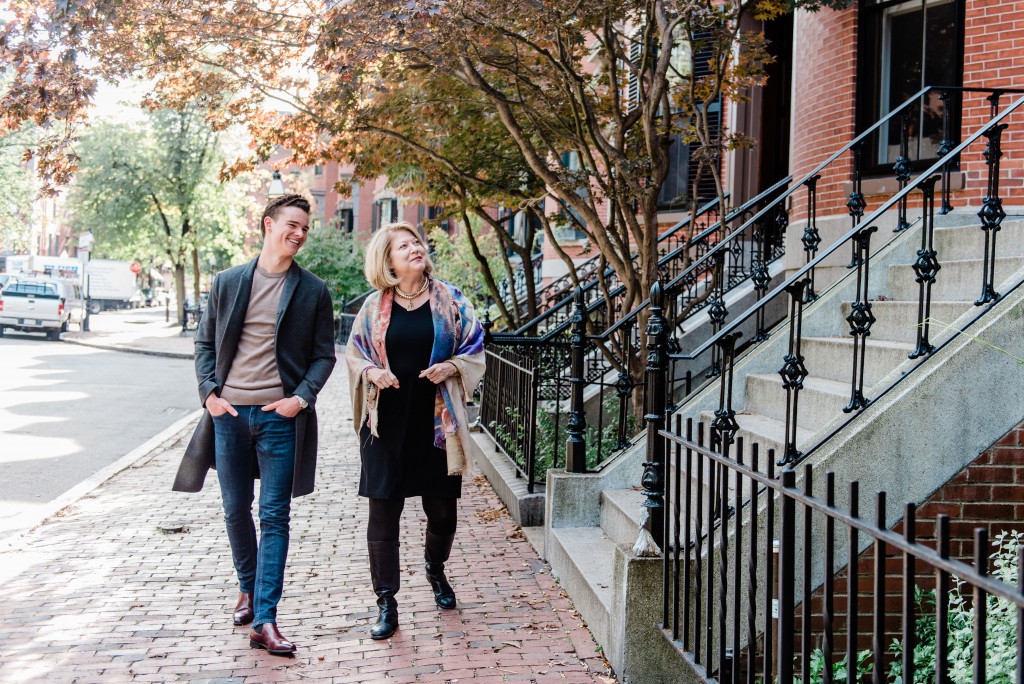 Nelsons introduction to ballet was love at first sight. His journey began nearly seventeen years ago when his mom enrolled him in dance in Princeton, New Jersey.

As a kid, I loved the show Power Rangers and wanted to do karate. My mom told me that if I wanted to do karate, then I had to do balletmy sister was taking dance lessons herself and my mom didnt want to drive around to all these different places.

From there, the Omaha, Nebraska native honed his young talent as a student at the School of American Ballet and American Ballet Theater Jacqueline Kennedy Onassis School. At age ten, Nelson was featured in the BBC documentary series My Life As A Child, chronicling his early dance aspirations over the course of nearly one year. At thirteen, he briefly reduced his ballet commitments and engaged mostly in local dance classes, allowing him to enjoy the freedom of his teenage years. Soon after, Nelson moved to Florida to train with renowned ballet teacher and coach, Peter Stark.

For most, the decision to be a professional dancer is made as a child, with most careers truly launching between the ages of eighteen and twenty. There are some, though, who go to college to study dance and then get hired by a professional company later in their lives.

Nelson was later awarded a scholarship to attend The Royal Ballet School in London, England, and upon graduating in 2014, he joined the Royal Danish Ballet. 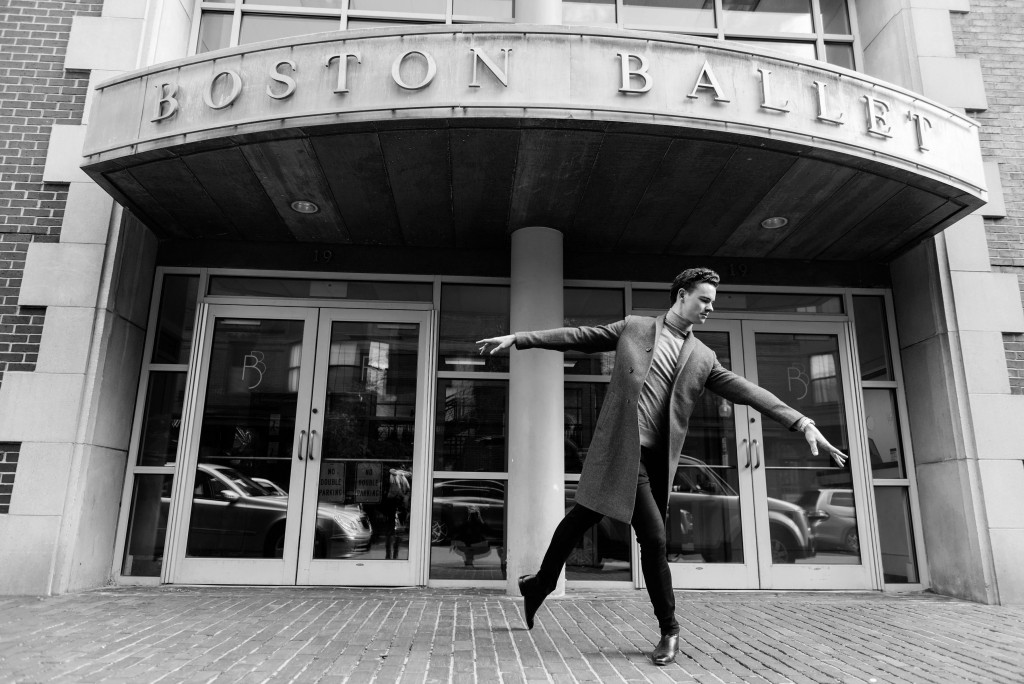 Nelsons vast repertoire ranges from classical to contemporary works. His talent has landed him principal roles with the Ballet, including Von Rothbart in Mikko Nissinens Swan Lake and Snow King in The Nutcracker.

Both are staple, classical ballets that I feel like everyone should definitely experience.

Standing at just over 61", Nelson has performed the role of the stilt-walking Mother Ginger three times. Appositely, his earliest role was as a little Polichinelle boy, one of Mother Gingers children. Before taking into the theater, Nelson had only one rehearsal in studio working with the over fifty-pound costume.

Every year it gets easier and easier, Nelson told the Boston Ballet Staff of the role. Its just like riding a bike.

With a skill that is timeless and treasured worldwide, Nelsons nearly lifelong career has afforded him the opportunity to perform in a myriad of international cities across Europe and Russiawhere ballet is the visiting card of its culture. He and the Ballet will travel to Paris in the Spring.

Surprisingly so, Nelson is a self-proclaimed homebody.

Staycations are my thing. I have been a dancer with the Boston Ballet for four seasons now, and I am so grateful for the amazing travel opportunities that have entered my life because of my position. That being said, sometimes I think the best part of traveling is coming homeis that okay to admit?

Nelsons relaxing abode is situated on the top floor of a charming 5th floor walk-up facing the South Ends Blackstone Squarea home he purchased through Daria McLean of Gibson Sothebys International Realty. Part condo, part treehouse, part bike shop, as he describes it, Nelsons home is the subject of one of his top-priority ventures outside his career. On his free afternoons, youll often find him scrolling through Instagram in search of home design inspiration. 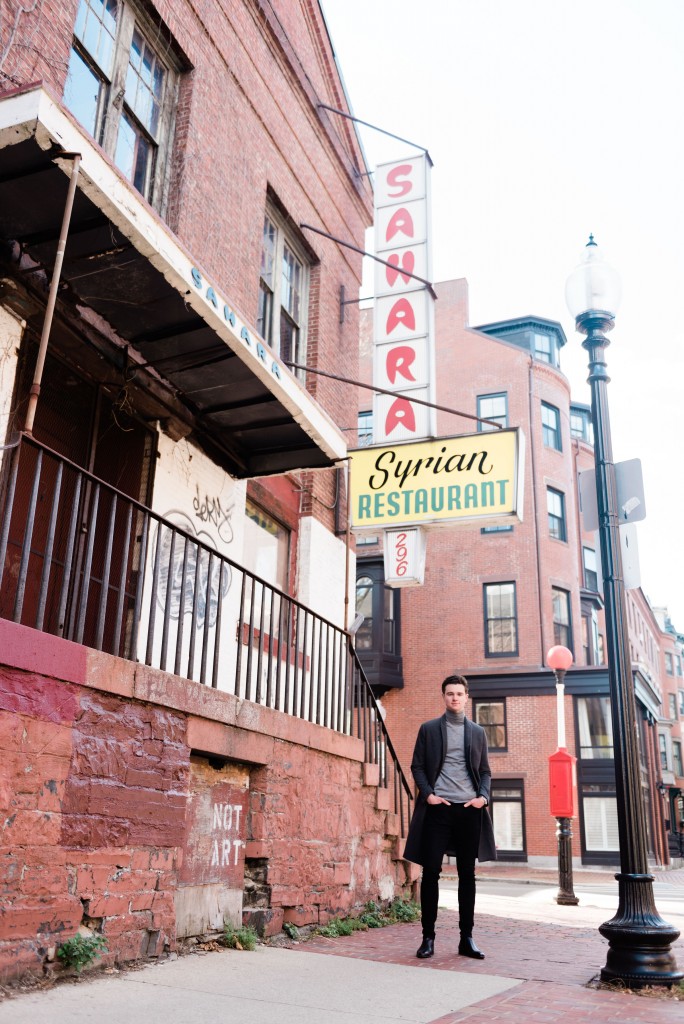 Im a lover of the classics, both in dance and home design, so I take great pleasure in the Victorian row houses, iron gates, and historic pocket parks that surround me as I bike through the neighborhood. On mild winter afternoons, the bare trees in Blackstone Square reveal packs of dogs running through the park. I return home each day feeling refreshed and excited to embrace the harmony of my routine.

His passion for the beautiful urban community in which he lives and works has incited some exciting ambitions.

Real estate is certainly a career I hope to pursue in the future. I love the process of dance as much as the performance, and I think that process coincides well with real estate. You begin working closely with people and you get to know them and enjoy an incredible process of discovery. When it all ends, youve experienced a journey together and can celebrate the beautiful results of your hard work.

Albrecht in Giselle. The ballet has stood the test of timenot only because of the otherworldly beauty of its ballet blanc, or white act, but because of the universal passion and drama of its storyline. Also, Siegfried in Swan Lake.