This month will feature an immersive installation by artist and drummer for The Strokes, Fabrizio Moretti 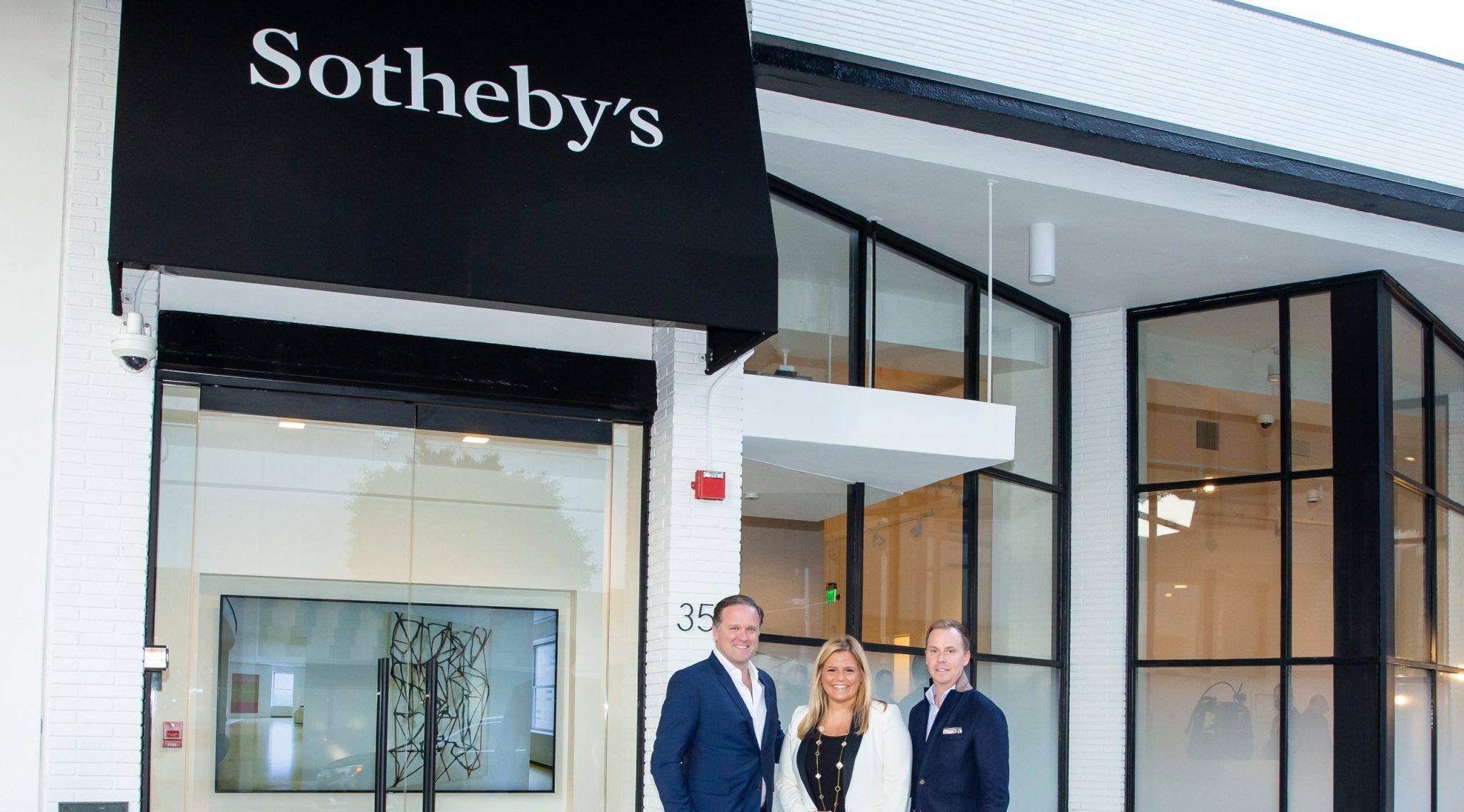 If you see Mike Ovitz loitering outside an L.A. new art space, well, you can rest assured it’s going to be major. The former CAA chairman and Disney president is renowned for his personal art collection – he’s amassed a collection of 3500 to 4000 mostly modern pieces of art including works by Picasso and Jasper Johns. Art News has named him to their Top Two Hundred Investors’ list multiple times, including this year.

And the new art space is quite major, as it turns out. Ovitz was spotted outside the opening of new (as of October) Sotheby’s, the fine art and rare object auction house (for fine art, jewelry, classic automobiles, and luxury handbags) that’s been in Los Angeles for forty years.  However the new flagship is its very first public space on Camden Drive in Beverly Hills, adjoining Gagosian Gallery and friendly competitor Christie’s auction house. Now making Beverly Hills itself into a serious art destination. And talk about space: the new Sotheby’s is 4300 square feet of gallery space/rooms, the company’s very first locale with a street front and public window display. Art lovers and collectors can now have a three-in-one visit in one afternoon.

Sotheby’s was originally founded in London in 1744, altering its identity several times until an American holding company bought it in 1983. Obviously the name comes with incredible pedigree. Now one can stroll down Camden on the way to Mr. Chow, peek in the windows and get previews of upcoming auctions and even pick up a rare skin Birkin bag (dyed crocodile, worth several hundred grand), covetable collector sneakers, fine watches and major name fine jewelry.

Mari-Claudia Jiménez, chairman of Sotheby’s, has said that luxury-lovers stuck at home during COVID wound up going on waiting lists for items they wanted – and are now more than ready to see it and buy it –no auction necessary. Of course, some sales are reserved for Sotheby’s VIP clients.

Head of Sotheby’s for Los Angeles is Peter Kloman, who’s got big plans to partner with many in the cultural community for events and art fairs and even The Oscars. He told several in the arty crowd who showed up for the October 14 opening, including philanthropists, trustees, DJ Mia Moretti, entertainment attorney Alan Hergott, artist/photographer Matthew Rolston, designer Bobby Hundreds, jewelry designer Maggi Simpkins, art critic/auther Hunter Drohojowka-Philp and art dealer Stavros Merjos.

The October opening also featured a preview of the renowned Macklowe Collection of famed art (Warhols, Jasper Johns), worth over $600 million dollars, collected by real estate developer Harry Macklowe and his ex wife Linda, whose messy divorce proceeded the sale. It’s apparently the highest estimate ever placed on any collection to come to auction.

Sotheby’s handles rare and major works of art on a regular basis. During Halloween weekend, Frida Kahlo’s self portrait with her partner Diega Rivera “Diego y yo” was on view; it will go on sale in November – for an expected thirty million dollars

And opening in early December: an upcoming immersive installation by artist and drummer for The Strokes, Fabrizio Moretti.