We are pleased to present a guest blog written by Nancy Kueny, an associate at Gibson Sotheby's International Realty in Charlestown, Massachusetts.

From 1830 and until 1860 the most prevalent style home to be built in Charlestown was the Greek Revival. Some Greek Revivals are grand columned temple-front homes such as the Swallow Mansion at 33 Cordis Street (1845). Another iteration of this period is the Greek Revival cottage. One of the most charming groups of this style also referred to as the ‘worker’s cottage’ stands at 9-11 Bartlett Street.

Constructed circa 1845, these three attached one and a half story, three bay wood frame homes are attractive in their simplicity, with gabled roofs featuring a centered dormer. While the trim and enframements are modest, the overall effect of the homes are very pleasing to the eye. They are incredibly cozy, featuring a side hall plan and three levels of living space. 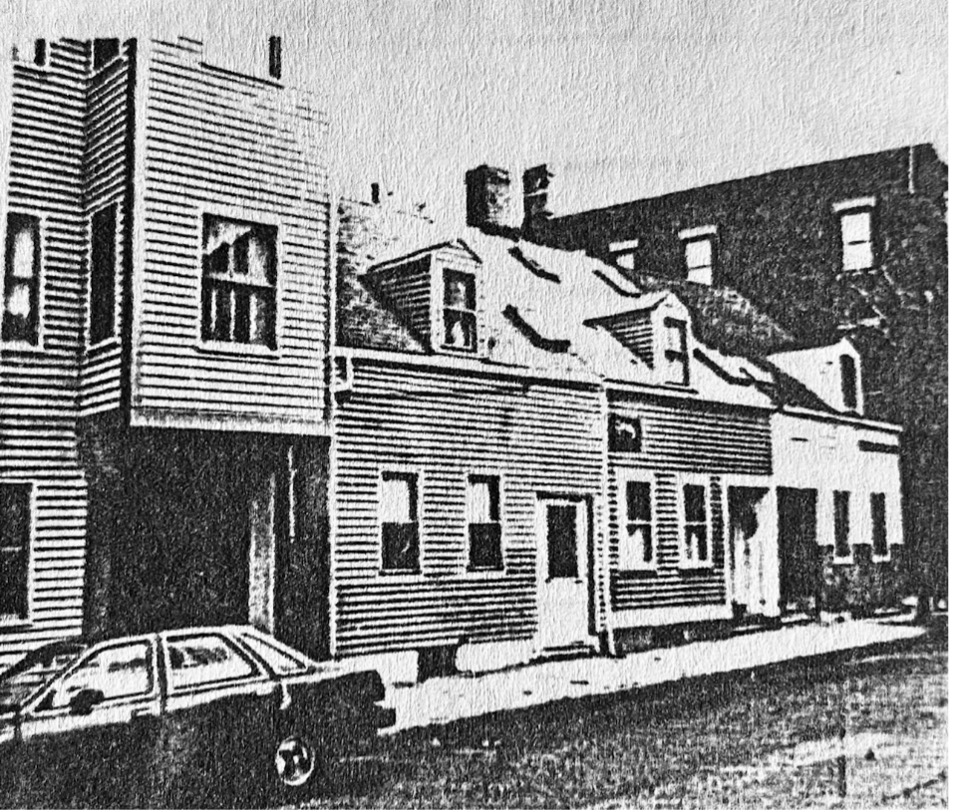 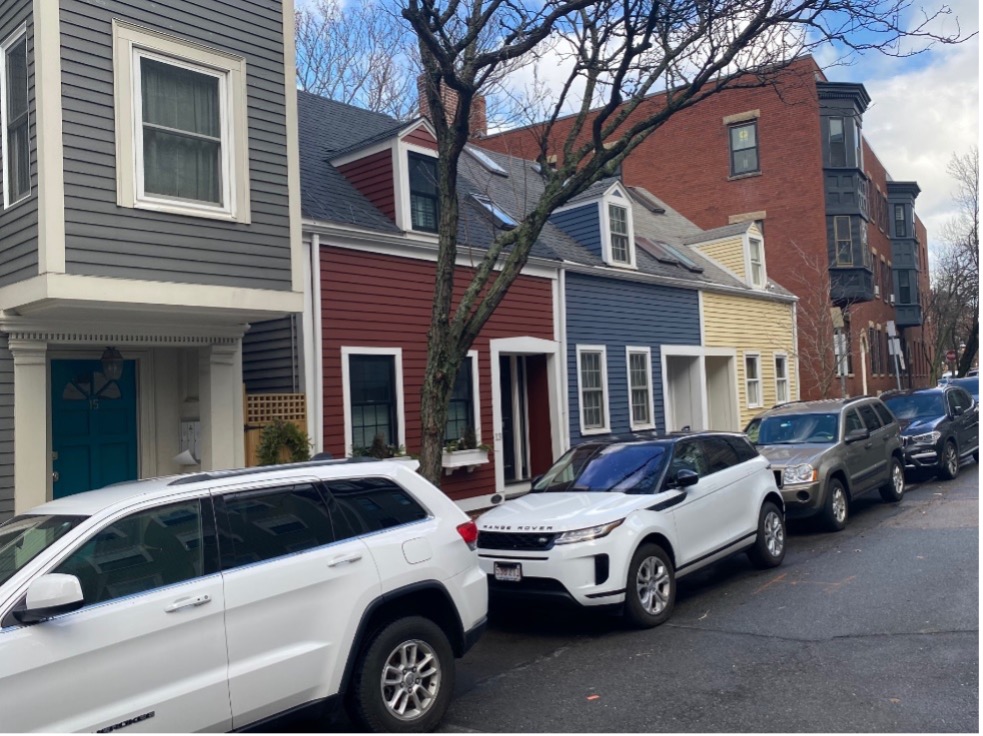 The gentleman who built 9-13 Bartlett Street as well as many other homes in Charlestown was Edward Pratt (1801-1866). He was active in the carpentry trade from around 1830 into the mid-1850s.The Pratt family came to New England from England as part of the Great Migration. In 1695 his great-great-great grandfather, Thomas Davis Pratt (1669-1732), purchased a 390 acre farm in Winnisimmit, now Chelsea. The farm was located in the part of Chelsea now known as Prattville. Edward Pratt was born in Chelsea. After marrying Thankful Atkins (1803-1842) of Wellfleet in 1827, Edward and Thankful settled in Charlestown where Edward pursued his carpentry or ‘housewright’ career both singularly and with others. Although more research is needed to indicate who sold the three lots to Pratt, in 1846 Pratt sold the homes at #11 and possibly #13 to a teamster named Levi Goodman for $1100. The three homes are beautifully restored and comprise a charming streetscape just off Monument Square. Edward Pratt went on to participate in the construction of the three brick Greek Revival homes at 43-45 High Street, as well as the four brick Greeks at 8-14 Mount Vernon Street, perhaps the subject of a future article.

There are many worker’s cottages sprinkled throughout Charlestown, particularly in the central neighborhoods northwest of Monument Square. Because there was still a significant amount of pastureland in Charlestown in the early 19th Century, streets were created or extended as part of the reconstruction following the burning of the town.  If one compares the Peter Tufts 1818 Plan of Charlestown to the Felton and Parker 1848 Plan, the extent of the development is very clear. It’s interesting to note that in 1848, the town was still a peninsula, although the wharves facing Charles River Bay were no longer extant. Monument Square and it’s surrounding streets had been created, and the Middlesex Canal with its terminus at the Mill Pond was still in operation. 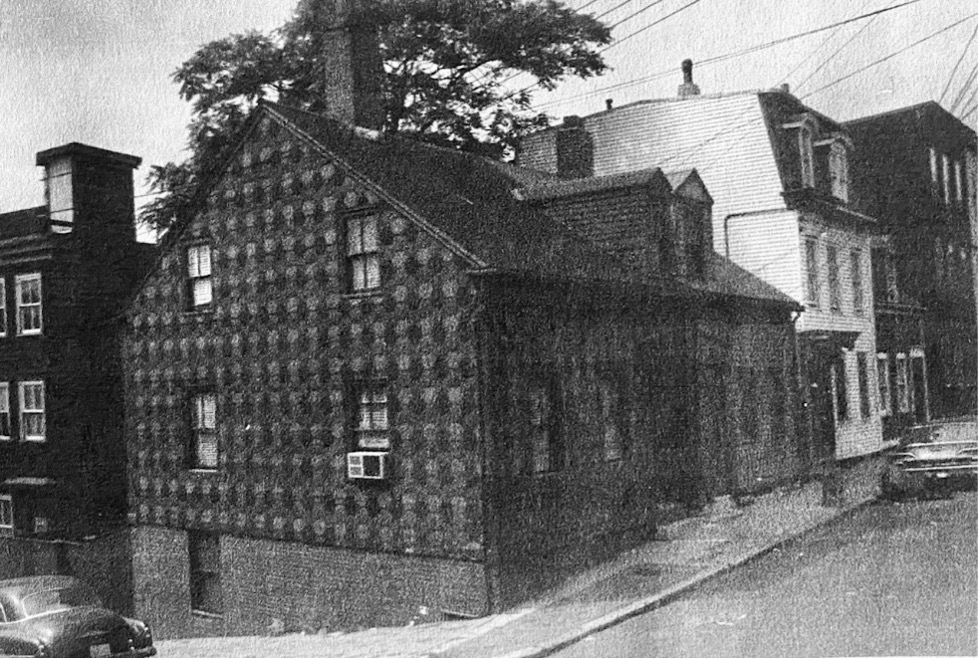 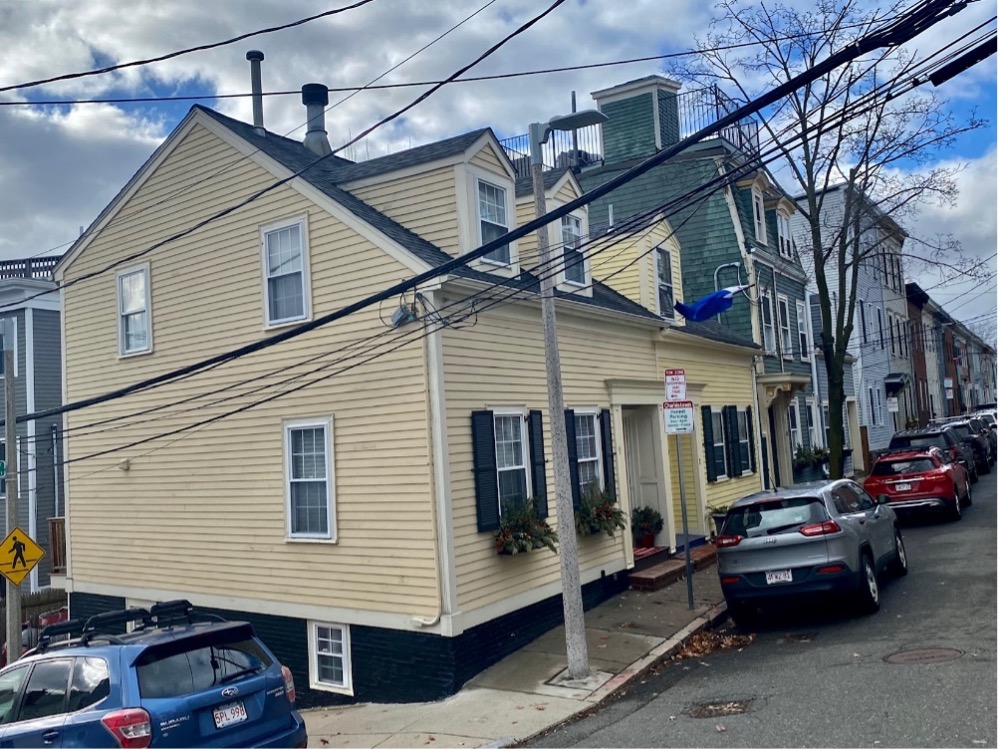 One such newly created street was Wall Street, where another wonderful enclave of attached worker’s cottages exist at 1-4 Wall Street.  Wall Street was initially a short, dead end street and was named for the stone retaining wall that extends behind the homes on the southwestern edge of Bunker Hill Street. Until the 1840s much of the land bounded by Sullivan Street, Walker Street, Main Street and Bunker Hill Street was owned by Richard Sullivan, Sr. (1779-1861), a lawyer and real estate speculator from Groton, Massachusetts. Richard purchased this large parcel in 1803 from Oliver Holden (1765-1844) of Pepperell who arrived in Charlestown by 1788. Although a carpenter by trade, Holden became a land speculator, a legislator, and was also well known as a composer of hymns. The building lots at 1-4 Wall Street were part of the large parcel which Holden sold to Sullivan.

Richard Sullivan, Sr. was the fourth son of James Sullivan (1745-1808) Governor of Massachusetts (1808) and President of the Middlesex Canal Company. The Middlesex Canal ran from Lowell to the Mill Pond in Charlestown and operated from 1803-1853. Richard owned a large hotel and tavern in what is now Sullivan Square, with additional holdings in the adjacent Neck Village. Sullivan Street, earlier known as Graves Street (most likely named for Thomas Graves) was named for the Sullivan family, as was Sullivan Square.

Very similar to the Bartlett Street cottages, these four homes were built in a fairly unadorned Greek Revival style, with narrow window frames, corner boards and facia boards, as well as simple vertical board pilasters at the entrances. With the exception of 3 Wall which was later enlarged, these homes stylistically remain much the same as when they were built.

John Stone and Susan and James Page were the first owners of 1 and 2 Wall Street, respectively. John was a laborer and James was a seaman. This home was still covered with tar paper shingles in the 1980s when it was surveyed by the Landmarks Commission.

3 Wall Street was most likely built by Elijah Chandler, housewright, who had purchased the lot from the first owner, Nathaniel Hitching, Jr., wheelwright, in 1847 for $800. The cottage was rebuilt as a mansard roof home in the late 1860s by Charles Watkins, stair builder, who had purchased it in 1865 . It is assumed that Walker is responsible for converting it to a three story mansard roofed Second Empire style home.

The fourth cottage at 4 Wall Street was built by George Jordan, a carpenter who paid Richard Sullivan Jr. $287 for the lot in 1846. Like Bartlett Street, these four homes have been restored and are in excellent condition today.

Across Sullivan Street sits the charming enclave of Avon Place, 1-3 being worker’s cottages similar to the seven aforementioned homes.  When my husband and I first lived in Charlestown in the early 1970s, a gentleman who worked for us wanted to buy 2 Avon Place. The asking price was $900. He didn’t have $900 so he asked his aunt in Texas to loan him the money. Her response was no.  A house worth only $900 was not a good investment said she. Auntie would be surprised to know what a home on Avon Place is worth today.

It is wonderful to see so many of our Charlestown period homes beautifully restored and maintained. They are irreplaceable treasures that makes Charlestown a very special place to call home.