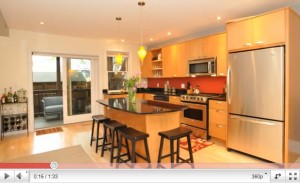 651 East Second Street #1 in South Boston was recently our 125th YouTube video. You may remember a short time ago we celebrated our 100th upload to the popular video networking site and we're happy to that this unique home helped us reach this important [...]

The rate at which buildings are completed is speeding up. We can now plan and construct offices, apartment buildings and other establishments faster than ever before. The reason? Much of it has to do with the utilization of what is known as Building Information Modeling, or BIM. By allowing developers to use 3-D technology to edit their [...]

Would you believe that at least in some towns surrounding Boston, the median house prices achieved are close to the 2005 levels? Apparently, there is data that supports how in 2011 compared to 2010, there was a minuscule 0.1% increase in home prices. However in addition the estimated 1.4% increase from 2011 to 2012, still rather diminutive, [...]